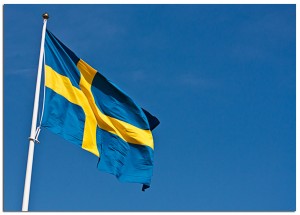 All Swedish people are shy and quiet. Or? This is a common myth about us Swedes. At some point, it might be true. We tend to think before we speak and we are generally afraid of conflicts. It might have to do with common politeness and rationality, but it might as well have to do with the old principles of Jantelagen.

Jantelagen is an old, unwritten Scandinavian law, created in the 1930âs. It has influenced peopleâs way of acting ever since. The means of Jantelagen is more or less that you should not think that you are better than other people, that anybody cares about you or that youâre important. Practically, this means that we for example avoid bragging, to draw attention to ourselves and to cut in line. As you might understand, Jantelagen could be one of the reasons why Swedish people are considered shy and quiet by other nationalities.

Today, there are different opinions about Jantelagen. Most people consider it being old fashioned and conservative. The attitudes towards it are changing rapidly, especially among young people who are influenced by individualism. As individualism gets stronger and stronger, Jantelagen is about to disappear. This is by some people considered being a crucial situation. If Jantelagen disappears, so will critical and common reactions to immoral behaviour. On the other hand, people who are against Jantelagen and push for its disappearance mean that it holds people back and push them down. There are anti-Jante campaigns running and an anti-Jantelag has been created, which means are that you are good, that people care about you and that you have a lot to be proud of.

Whether Jantelagen is good or not is a never ending debate. What do you think? Is Jantelagen good or bad? Do you think that it really is the reason why Swedish people are shy and quiet? Or have you even got the opposite impression of Swedes?