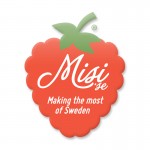 Today we present the eighth part of our a weekly 10 parts podcast series on the Swedish language. Each episode contains a short dialogue, some key vocabulary and key sentences, as well as an accompanying PDF file with grammatical explanations, example sentences, vocabulary lists and more.

In this episode we cover numbers 100-1.000.000 and discuss money and ways to withdraw money. We continue to build upon what we've previously learnt. Key sentence structures include asking for something which is less expensive.